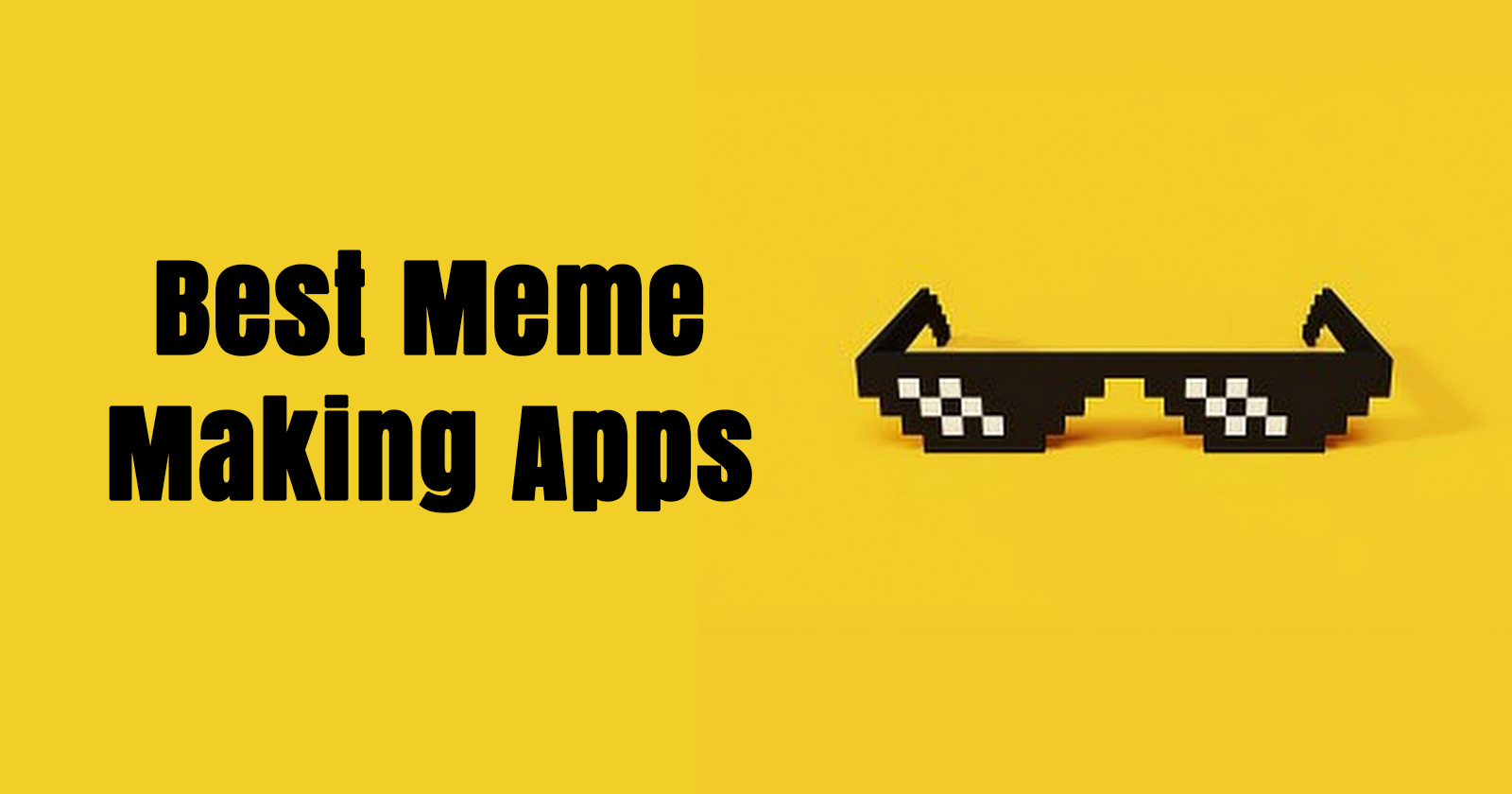 As the memes have been present for around 40 years, the best meme making app has also been in demand. Richard Dawkins used the meme word in his 1976 book, The Selfish Game. In his book, he defined a meme as an idea, theme, or behavior that is spread within a community and represents the current cultural system.

As per the report released by Google Trends, memes have the most searched term on the internet. Millions of people search for the term meme on Google every day. Because people want a good laugh to make their day better.

Most of the digital marketers have latched on to the memes popularity, because it is the best marketing tool to reach your potential customers, who are already highly engaged. Memes can be used for marketing but the first point to consider is whether the meme will suit the brand image and identity of the influencer. Memes are mostly funny and sarcastic. Memes may wind up conflicting with other marketing techniques if the company has used a serious tone across all its marketing.

Memes can be a good option to use for the marketing, if the influencer believes that a funny and sarcastic tone meme would suit brand image or would like to change business like approach to a casual one. Because memes have the potential to change the perception of the brand. Brand awareness is never a problem because a well-written meme has the ability to go viral overnight.

Even if you are attracted to the technical side rather than the creative one, memes are being touted as the future of social media. Because there is a record-breaking flood of meme – applications development in the market.

You should be unique if you want to stand out against the competition. To determine what they want from a meme-making application, you must choose the target audience and interact with them. If your application meets the needs and requirements of the users, then your application can be a success. Assuming you have done a good job of marketing it.

Let us look at some popular meme making applications for both android and iOS platforms.

It is a meme-making application that was launched by Facebook Whale is a free application without purchases or in-app subscriptions. To create memes you can use gallery images, or you can click the image and after that you can add emojis, filter, text, and effects to make a unique meme and share with your friends. You can even use a free-form drawing tool that is available to draw images from scratch.

9GAG is a video meme making app that is easy to use and loads quickly. You can even share the meme you have created on social media platforms like Instagram, Twitter, Facebook etc. However, some users reported that while using the 9GAG app they find it difficult to download the memes and use large images.

It is also a video meme making app that can be used to create memes. As music is an important part of the app, memes are more entertaining and popular among TikTok users. Due to the large audience of meme creators, it can be difficult to gain popularity.

It is an old meme-making app that contains all the popular and viral memes. The app includes a library of new memes that are ready for reuse. In memedroid, creators can use their own images and can choose multiple languages to create memes. This app is the largest online community of GIFs and meme lovers. Having such a large collection, there are very few features to get while creating memes.

This meme making app is for the iOS platform. It contains a good library of templates which can be a boon for creators. Even seasonal ones might benefit from the newest to the oldest templates. Even a user can use their own images for creating the memes. This app includes a monthly subscription plan that gives users access to the features they want while creating the memes.

It is a popular meme creation application with a user base of over 5 million. It has the option to choose thousands of backgrounds that a user can use while creating the memes. They can also view already created memes and can also share the ones they like.

It is a simple meme making app that can be used because of the large library of meme templates to which users can add their own content. Even though the users can create memes by using their own images, the text formatting features are limited.

The memes you create using GATM Meme Generator are watermark-free and also allow you to share the memes across various social media platforms.

You can create Instagram, Twitter, and Tumblr-styled memes by using the modern memes making app. It is also one of the most used meme generators. This application is very handy and easy to use. You can choose any image from the in-built gallery, or you can select your own images to create a meme.

It is a free meme creator that allows users to create funny video memes. While creating the meme you can use your own videos or choose from our amazing visual library. To edit the text, there are various text styles present that you can use. Optimize the best meme through promo and share it among all the social media platforms.

Imgur is an excellent application for creating memes and sharing with others. Simply hit the Create button to start and select images from a wide selection of pre-made memes or use your own images. After this, add text according to the template and then save and share. The app is easy to use and simple and the best part about the app is that it is completely free, there are no in-app purchases.

With this meme creator app, you can create memes with text, stickers and emojis. The app is regularly updated with popular and classic memes so that you will never get bored and also get ideas for creating the memes. The interface of Memasik is easy to use and simple, with the ability to save the memes on your phone.

It is the easiest tool to create memes by using the layout, text, colors, and fonts. While creating memes you can choose your own images to create a background, or you can use a meme maker to create funny memes. Through this app, you can even create inspirational quotes, troll quotes, and funny quotes on your phone.

Memes are not only for entertainment purposes, but can also be used for marketing the products and services. The idea is always to use popular cultural perceptions to market. However you must be careful not to include a strong marketing concept, because if you did, consumers would reject this. While creating a meme the goal is to make the audience laugh out loud.

Here are some tips you can use while creating the memes that will go viral and convey your ideas and also remain in the public memory for a long period of time:

With some of these memes creation apps listed above, you can create unique videos and memes to share with your friends and family. Create funny memes in just a few easy steps to share through social media platforms like Twitter, Facebook, WhatsApp, and messenger.

Which is the best meme making app to make memes?

Which is the best meme maker app for iPhone?

The best meme generator maker apps for iPhone are Imgur and Mematic.

What font is used for memes?

Impact font is used for memes.

What is software used in memes?

The software used in memes is 9GAG, Memedroid, Mematic etc.